Do You Suffer from Food Trauma?

Do You Suffer from Food Trauma?

(The following article first appeared in the October 2018 issue of Get Healthy, a publication of The Northwest Indiana Times.) Online version

If you’ve ever had a disturbing experience involving food and gastric upset, then you are no stranger to food trauma. This can show up in a variety of ways and have different causes. Food trauma, in my case, involved Cream of Wheat when I was about 5 years old.

Cream of Wheat was a breakfast staple in our house, especially in winter. My mother would brown butter and pour it over the top so it fell around the sides of the bowl, enveloping the steamy farina. The idea was to swirl a bite of cereal around in the butter before eating, and have a delightful breakfast experience. I was usually fine with it, unless I came across a lump of uncooked cereal that hid beneath the surface. The taste of that made me gag. On this particular day I wasn’t feeling well and told my mother that if she made me eat the cereal I would throw up. She must have thought I was faking it, since she made me eat it anyway. Being an honest child, I kept my word. To this day, I will not eat Cream of Wheat. Interestingly, I still really like butter. 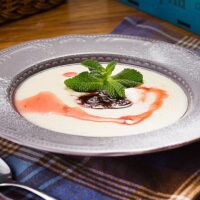 What was not a favorite food to begin with, got the boot when it pushed me over the edge. I was already sick and that did me in. It’s not really the cereal’s fault, however, the association is one that I don’t care to try and overcome.

My husband feels the same way about chipped beef. As a youngster, he ate so much of it on an occasion of extreme hunger that it came back up. In all our years together, he has never requested chipped beef for dinner. My father felt the same way because he was served way too much of it in the Army.

In my sampling of those I surveyed about food trauma, most of the people that had this experience as a youngster had no desire to try to overcome their adversity to the food. Ever.

Some of the food trauma stories from my group: food poisoning from seafood salad; Red Hawaiian Punch thrown up in front of entire kindergarten class; too much cheesecake at a party with resulting tummy trouble and pain; chicken, after chomping on a tendon or something in a chicken breast that caused violent gagging to the point of sore abdominal muscles; those perfect little ham cubes thrown up all over the desk in fifth grade. 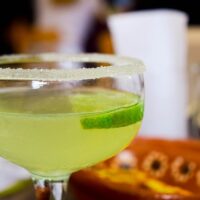 There are also the stories resulting from pregnancy and the foods that came up, so to speak. Pregnancy presents a different category of “trauma” altogether. A few of the foods that are on the permanent unwanted list include: lamb, ice cream (bummer), and oregano.

There are some instances when after getting sick on a favorite food, the person was able to overcome adversity and return to a happy relationship. One individual had the flu and chocolate was the innocent victim. It took time, and I’m happy to report that they now get along great again.

Extinction is a process that can help those individuals who have had a negative experience with food, remove the stress it causes. By repeatedly trying the food over time, the stress associated with it will eventually diminish or become extinct. In other words, after trying the food and not getting sick, the fear of it causing gastric upset goes away. This is probably how the chocolate relationship was repaired.

It seems as though the really intense, negative reactions with food happened when these people were children. The memories associated with food involve all our senses and are the strongest of associative memories. Basic survival tactics also come into play, which is why when you get food poisoning, your body says “No,” to eating that particular food, ingredient, or visiting that particular restaurant again. This is what is known as conditioned taste aversion. 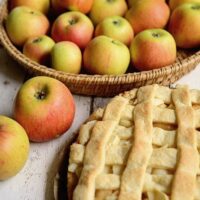 On the flip side, these same powerful associations help us remember the good times we had at grandma’s house, enjoying her apple pie. The power of food memories, along with where we were, the people we were with, and the occasion, create nostalgia. This explains why we tend to make the same traditional foods for holidays.

If there is a food you’ve had trauma with, odds are good that you’re fine never eating it again. If there’s a food you once loved that you are struggling with, give the extinction process a try. You may fall in love all over again. As for tequila, it managed to make a successful comeback for all the folks in my survey group. Cheers.

Sorry, the comment form is closed at this time.